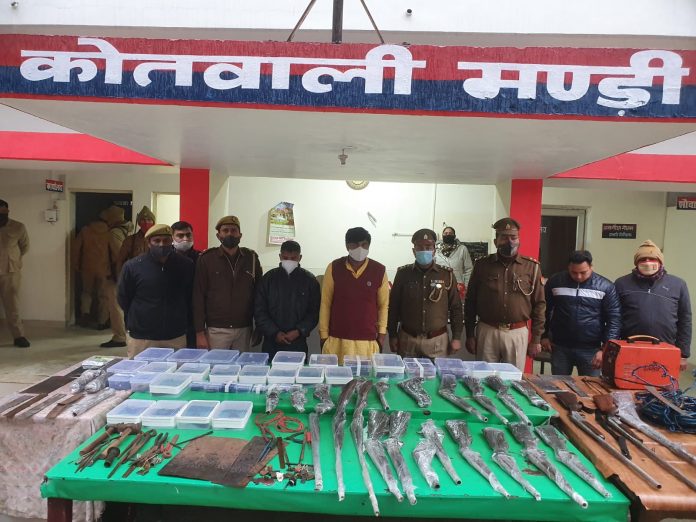 Saharanpur: The proceedings of Saharanpur Police SSP Akash Tomar are increasing. SSP Saharanpur is taking action one by one against the criminals in the whole city, due to which the SSP has caught the illegal arms factory under Mandi police station area and arrested 2 people. Akash Tomar has earlier exposed two more illegal arms manufacturing factories in Saharanpur and has also sent some people to jail.