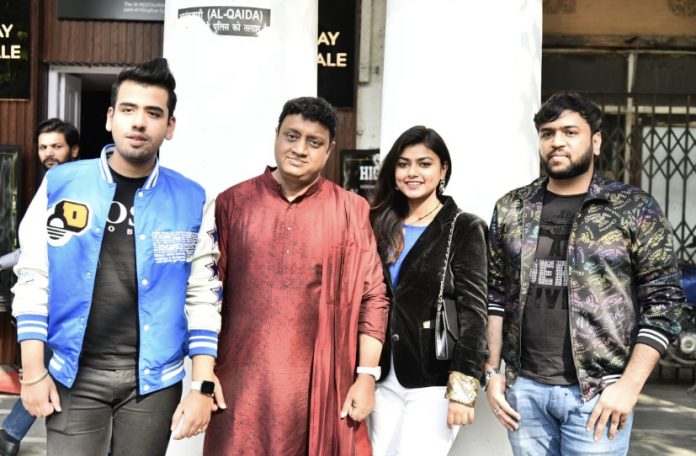 The lyrics is by gunjan jha and Vaibhav saxena is the music director of MOHABBAT MEIN TERE SANAM the song has been created with a view to revive those melodious times and make the young generation realize the beauty of melody and good lyrics and take- up to singing to its tunes. Kumar Sanu has rendered the song brilliantly with Vaibhav saxena as music director, gunjan jha as composer and lyricist and upcoming singers Kshitij Vedi and Diksha sameria. The song is released worldwide produced by Vusic Records.

Vaibhav Saxena is an Indian Composer, Music Producer, Singer-songwriter and Rapper.  He gained a following in 2014 when he caught the attention of world’s biggest music record label T-Series which led to him, signing a deal with the record label. He composed and produced two crossover singles You And Me (Teri Galliyan) And Without You (Soch) which was appreciated world-wide

Gunjan Jha is a singer, composer & lyricist. A skilled music composer with over a decade of experience in arranging and creating musical pieces, handling a wide variety of programs to compose and synthesize. Familiarity with a range of musical genres, with special experience in film, TV, and commercial scoring along with his mastery in Hindustani Classical music and knowledge of western music gives a variety to his compositions

The song is set to bring in a welcome change to the music industry and the preferences of millions of music lovers across the world.