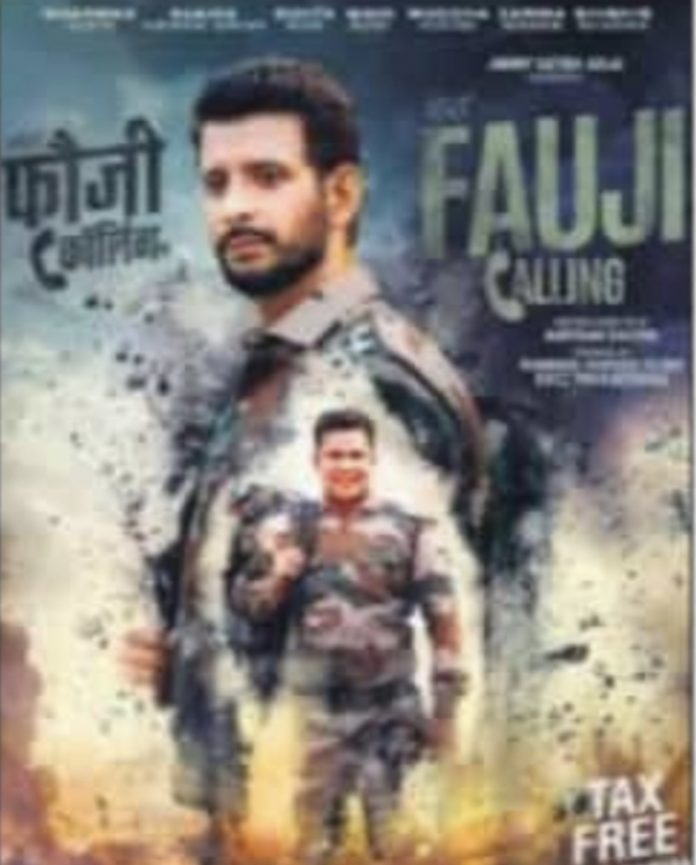 Mumbai : Recently, the popular song ‘Bheeni-Bheeni Si’ from the film ‘Mera Fauji Calling’ has been awarded the Mirchi Music Award – 2022 for being chosen as the best song. This award is the Gracie Award of Mirchi Music Awards. For the film’s director Aaryan Saxena, getting this award for this song is no less than a romance.

In a conversation with Aaryan Saxena, director and well-known screenwriter of ‘Mera Fauji Caling’, who arrived at the award ceremony, he openly expressed his views. During the conversation, Aaryan expressed happiness and said that this song is really very sweet and melodious. Its singer Sonu Nigam has done justice to every word by singing in a beautiful style. Written by Rajesh Manthan, music has been given to this song by Vijay Varma. All of them have given their ‘Best’, as a result of which the song ‘Bheeni- Bheeni Si’ has been instrumental in winning the Mirchi Music Award.

Aaryan Saxena, director and script writer of ‘Mera Fauji Calling’, is originally from Shahjahanpur district of Uttar Pradesh. Staying in Mumbai for the last several years, he has been making his writings work in the film industry. Prior to this film, Aaryan has written and directed the scripts of films like Mukti, Deshi Katte, Half Truth etc.

Aaryan Saxena told that the song of his director’s film ‘Mera Fauji Calling’ has been selected as the best, this film has also been declared to be tax free by the government of Haryana and Delhi, so that the audience will be special about the film. Prompting. It is a big achievement for its song to get the Grammy Award of Music Music Award Bollywood, on which every person and artist associated with the film is feeling proud.

Aaryan believes that the industry is currently appreciating good songs and encouraging new lyricists. This is the reason that for the Mirchi Music Award, well-known composer A.R. Rahman’s two songs were also included but it is his luck that the song from the film ‘Mera Fauji Calling’ directed by him has got the title of Best Song for the year 2022.