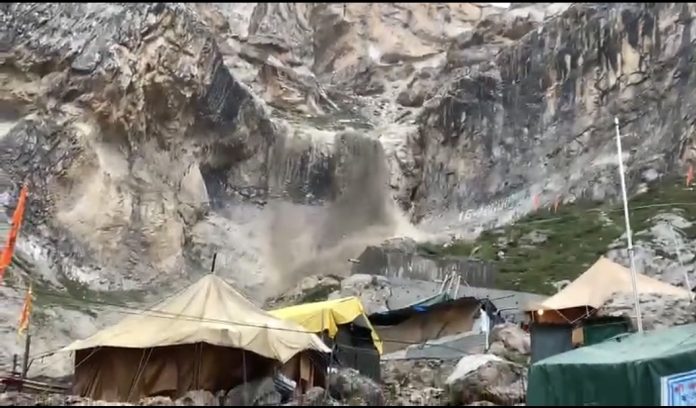 Jammu & Kashmir:A natural crisis has started looming over Shri Amarnath Yatra, which started recently. On Friday evening, a cloudburst near the cave created an atmosphere of panic here. During this 10 people died According to media reports, there is an apprehension of big damage. Relief and rescue teams including NDRF and SDRF are involved in the rescue work. The news of the death of some devotees is also coming in the reports coming in the media. Although the number of people is not yet clear. According to the news agency, according to the information received from the joint control room set up for the yatra, a cloudburst has been reported in the lower part of the Amarnath cave at around 5:30 pm on Friday. Rescue agencies are busy in the work. Due to heavy rain and strong current of water, water started flowing over the cave. The inundation that came due to cloudburst also flooded the langar set up for the devotees there. Due to which the anchor system has been affected. Helicopters have been dispatched to rescue the injured. no damage information Body found, police engaged in investigation not

According to media reports, two to five devotees have died. However, the figure of damage has not been officially confirmed yet. Those who have moved ahead along the river are being monitored. The search is on for those who have gone missing due to the flood. Right now, from the control room, two people have died. But this figure may increase. Jammu and Kashmir IG Vijay Kumar says that the situation is under control