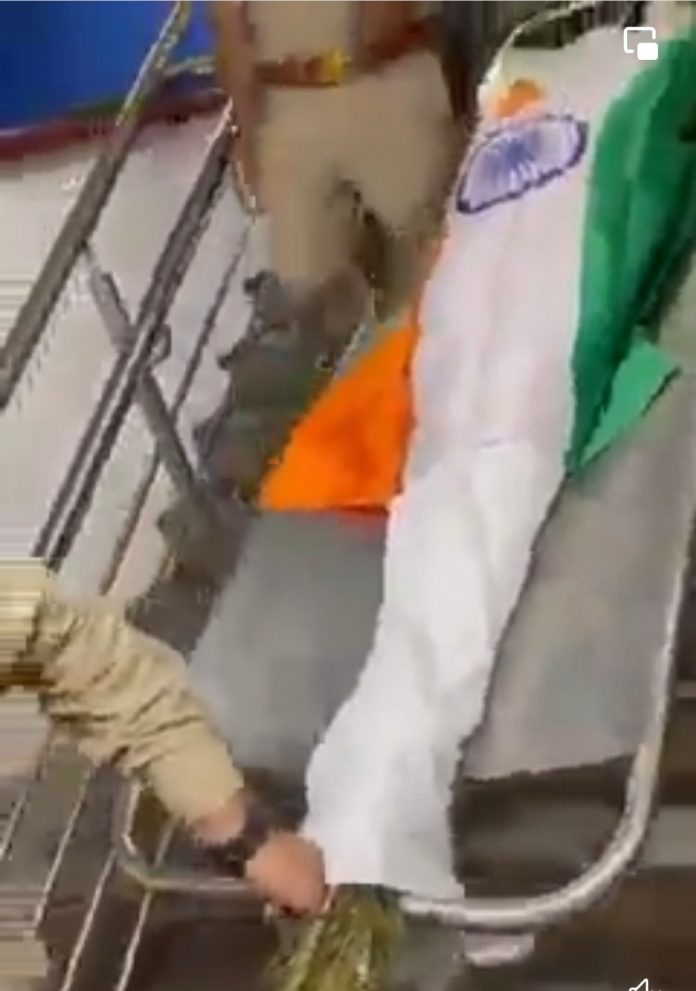 Ghaziabad : First time perhaps in the history of Delhi Metro Rail Corporation at Ghaziabad, national bird; a peacock was died after met with an accident by a metro train near Vaishali metro station in the afternoon today.

The incident occurred at the last destination; Vaishali station under Kaushambi police station of Ghaziabad district . As soon as the information of accident of a peacock with metro train was flashed out and came to the notice of local police, the police personnel immediately rushed to the accident spot with a tricolour and last rites of the dead peacock was carried out with full honour after wrapping the dead body of national bird in a tricolour.