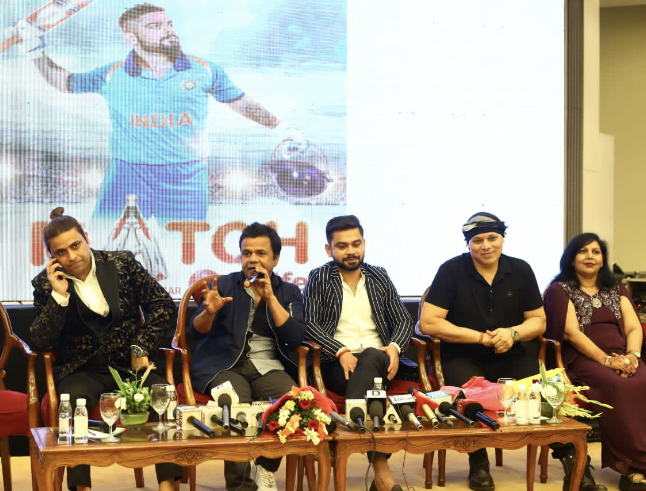 New Delhi: “Match of Life” is going to release on 5 August in theatres. This film will attract to all for its good story and inspiring them with full entertainment. It is claimed by film producer Kapil Puri, Taru Puri, Vishal Mehta and Yash Mehta here in the press conference of the film “Match of Life” in a le meridian hotel of national capital.

Famous actor Rajpal Yadav, director Aman Sagar were also presented along with the entire team of the film. The film is produced under the banner of Anadaya Film Productions and Yashika Motion Pictures, Marketing Head is Israr Ahmed. The film’s producer Kapil Puri said that the film “Match of Life” is not only an entertaining film but it is also an inspirational film.

Actor Rajpal Yadav, while interacting with the media, shared his experiences related to the film and also narrated the dialogues of his films to everyone in his familiar style and also appealed to the audience through the media to watch the film. He said that every member working in the film, works hard from his heart.
If the film becomes successful, then there is no fatigue and despair and gets more energy to work further.

On the question of completing 25 years of his film journey, Rajpal Yadav said that there is still a lot to learn.
Rajpal Yadav,Hemant Pandey, Amit Mishra, Yash Mehta,Akhilendra Mishra,Anil Dhawan, Sudha Chandran, Zakir Hussain,
Ghazala Parveen, Steffi Patel, Supriya Karnik,Pankaj Berry, Vrajesh Hirji, Arun Bali etc have acted in this movie.
The producer of the film, Taru Puri told the media that it is a beautiful film. Its story is amazing which will touch the heart. Director Aman Sagar has made it with a lot of hard work and dedication. Producer Vishal Mehta pointed out that a man can also be a lookalikes of a bigger personality, but looking like it has both advantages and disadvantages, with actor Yash Mehta stating that life is actually a match too, in the film an attempt has been made to show the same thing. Hopefully the audience will be able to connect with my character.
Actor Amit Mishra looks like a lookalike of Team India captain Virat Kohli. Amit Mishra is seen in the Team India jersey on the film’s poster and is also seen giving shots in the style of Virat in the trailer.
Amit Mishra is very excited about this film. He said that he has worked very hard to prepare his character, the role is very challenging. The story of the film, screenplay by dialogue writer Vishal Mehta. The co-writer is Abhishek Shashi Kumar. The music of the film is given by Shweta Behti Tayal and Ravi Chopra. 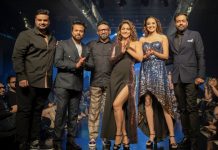 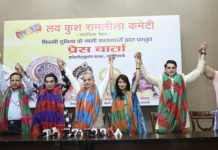