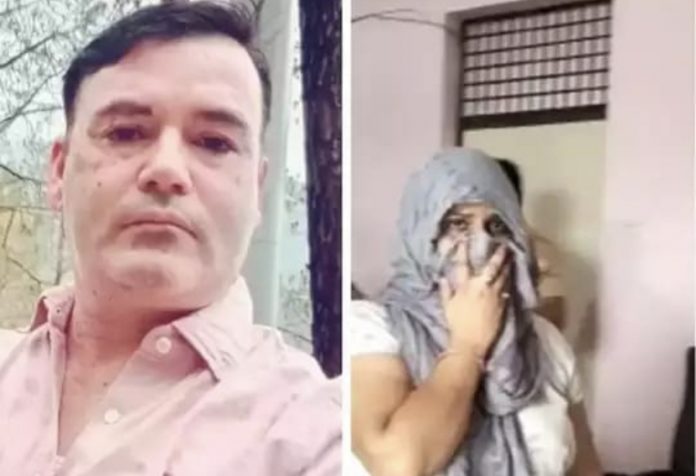 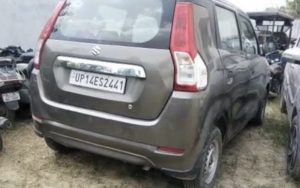 Ghaziabad. Due to illicit relationship, his wife and daughter of a goldsmith stoned their heads to death. After carrying out the incident, the mother-daughter dumped the dead body in the car and left it about one and a half kilometers away from the house. The businessman’s body was found lying in his car on Sunday morning. Police took the body in possession and sent it for post-mortem. Revealing the incident only a few hours later, the accused wife and minor daughter of deceased were arrested.
Police say that the bullion trader had illicit relations with a woman. There used to be a fight in the house about this. The wife along with her daughter planned the murder to end the day-to-day fight.

Phantom policemen were patrolling on Sunday morning, they found a WagonR car parked in suspicious condition on the roadside in Kamla Nehrunagar at around 4 am on Sunday. When Police looked inside the car, there was a dead body of a person lying inside. The deceased was identified as Amit Verma (40), a resident of M-block, Sanjaynagar Sector-23 in Madhuban Bapudham police station area, who was a bullion trader.

Amit Verma was married with Shalu 17 years ago. The couple have three children. The eldest daughter is 16 years old, while the two sons are younger. Amit had illicit relations with Saharanpur resident Sonia. That’s why the mother-daughter killed Amit.

CO Kavi Nagar Ritesh Tripathi told that when the police reached Amit Verma’s house, there was a stone stained with blood and a cloth (wipe), which was stained with blood. When the deceased’s wife Shalu was questioned, it was found that Amit had an illicit relationship with a woman named Sonia.

Due to which there were quarrels in the house daily. Amit used to beat his wife in the house every day in the affair of that woman. Many times when Amit was in a compromising position with another woman, he used to make video calls to his wife. On Saturday night too, Amit had thrashed his wife after drinking alcohol. During this, Amit Verma’s 16-year-old daughter hit him on the head with a piece of brick and killed him. Together, the mother-daughter put Amit’s dead body on the back seat of his WagonR car and parked the car at a distance from the house. So that no one suspects that they have killed Amit. CO Kavinagar said that the accused Shalu has been arrested and legal action has been taken against Shalu’s minor daughter taken under custody.