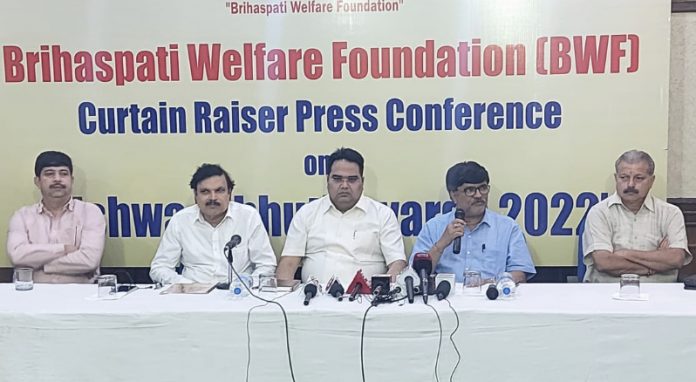 BWF to pay tributes to People Extraordinaire, who is no more with us for their contributions and honour their family member during the event; Unveils the names of Super Heroes
Nominations for ‘Vishwa Vibhuti Awards’ begins on September 20, 2022, 20 Cash Awards to be given to the people for their extraordinary contributions in the fields of Films, Culture, Social Service, Business, Policymaking/Governance, Defence/Security, Academicians, Media among others
BWF moves a step further to fulfil the dreams of making Noida Film City a Global Entertainment Hub
New Delhi, September 12, 2022
Brihaspati Welfare Foundation (BWF)- a Social Organisation promoting Sanatan Principles, ancient Indian Civilisation, and Culture, today announced that it would organize a mega Cultural and ‘Vishwa Vibhuti Awards 2022’ function on November 20, 2022, in Noida, Uttar Pradesh. The prime agenda of the event includes paying tribute to people extraordinaire (Vilakshan Vibhutis) and honouring their close family members, honouring 20 personalities with ‘ Vishwa Vibhuti Awards (officially registered Cash Awards and Citation) for their extraordinary contributions in their respective fields, and a mega cultural show with all traditional or classical music/instruments including those on the verge of extinction.
The mega event also aims to provide a big push to the dreams of Uttar Pradesh Chief Minister Shri Yogi Adiyanath to make Noida a global hub for film, culture, and entertainment industries.
Announcing the program’s schedule and agenda at a press conference here today, Mr SK Dwivedi, President, BWF said, “The mega event aims to pay a heartfelt tribute to all these personalities and other talents who have recently died and to honour our present personalities of a high order. It is high time to remember the contribution of great personalities who received prestige, respect and affection from society.”
“The Foundation draws inspiration from the great sage Brihaspati. According to Sanatan Dharma and Bhavishya Purana, Devguru Maharshi Brihaspati is the guru of the gods and all the planets, he is the embodiment of modesty and religion. He is virtuous and is the representative of knowledge. Taking inspiration from the Devguru, the ‘Brihaspati Welfare Foundation has been formed to propagate and promote spirituality, knowledge and divine experience,” said Mr Rakesh Pandey, Secretary General, BWF.
“We have legends who left for heavenly abode in recent months and years. Some of them left us untimely. We wish to honour those wonderful personalities and shining stars on the world horizon in time who dedicated their entire life to achieving excellence in their chosen field so that society and the young generation should be inspired and encouraged. The Foundation’s prime aim is to raise the morale and encourage the new generation to give to prestige Vedic Sanatan Dharma, ancient civilization and culture and correct definition of Hindutva tradition and to make Bharatvarsha, a Vishwa Guru,” added Mr Pandey.
The Foundation said that the heartfelt tributes would be paid to the eternal voice queen, the nightingale, Bharat Ratna Lata Mangeshkar. Other super heroes include Padma Vibhushan Pandit Jasraj, Birju Maharaj, Pandit Shivkumar Sharma, Pandit Rajan Mishra, Bappi Lahiri and SP Balasundaram. From Film Industry, The foundation would be paying tribute to legendry actors Dilip Kumar, Rishi and Rajeev Kapoor, Irfan Khan, Sasikala, Sulekha Sikri, Saroj Khan, Jagdeep, Anupam Shyam, Puneet Rajkumar, Arvind Trivedi (who played the role of Ravana in TV show-Ramayana), Padmashree Narendra Kohli (a modern nationalist litterateur). From sports, the list includes the Flying Sikh Milkha Singh and the famous Shooter Dadi aka Chandro Tomar. Other people extraordinaire include General Bipin Singh Rawat, Padma Bhushan Rahul Bajaj, and Cyrus Mistry, former Chairman of Tata Group.
To honour great musicians, at the cultural event rare musical instruments of Indian classical music such as Rudraveena, Flute, Sarod, Santoor, Sarangi, Jaltarang, Mridang, Tabla, Pakhawaj, Sitar, Harmonium, Damru, and Shehnai among others would be played by prominent musicians. “It would be the real worship of Maa Saraswati by protecting the ancient musical instruments. Our efforts would be to encourage these instruments and bring them into the mainstream. Our cultural show would be a starting platform in this mission,” emphasized Mr Dwivedi.
The BWF mega event and culture program aims to bring together great heroes and their families together to take a step forward to fulfil the dreams of Uttar Pradesh Chief Minister Shri Yogi Adiyanath who is very passionate to make Noida an international film and entertainment hub and has offered several promotional policies with big incentives. The BWF event is also purpose-designed to attract the film and entertainment industry across the globe to for setting up their units in Noida. 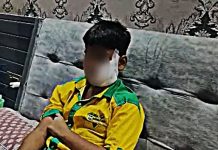 Pitbull Dog Bites Chunk of an 11-year-old Child, Got 150 Stitches