Lucknow/Ghaziabad: Elections in total 763 municipal bodies, including 17 municipal corporations, 200 municipal councils and 546 nagar panchayats, will be held between the second and third week of December. The State Election Commission has intensified the preparations for the civic polls.

The commission official said that on November 18, the final publication of the voter list of the civic elections will be done. After that, reservation will be determined in the wards for the election of councilors in all the bodies on behalf of the Urban Development Department. Along with this, reservation will be determined for the Chairman of the Municipal Council, the President of the Nagar Panchayat and the Mayor of the Municipal Corporation.

Preparations are being made by the commission to hold elections between the second and third week of December. It is noteworthy that the Urban Development Department has sought a proposal for reservation from all the bodies till November 4. 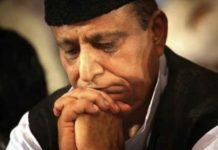