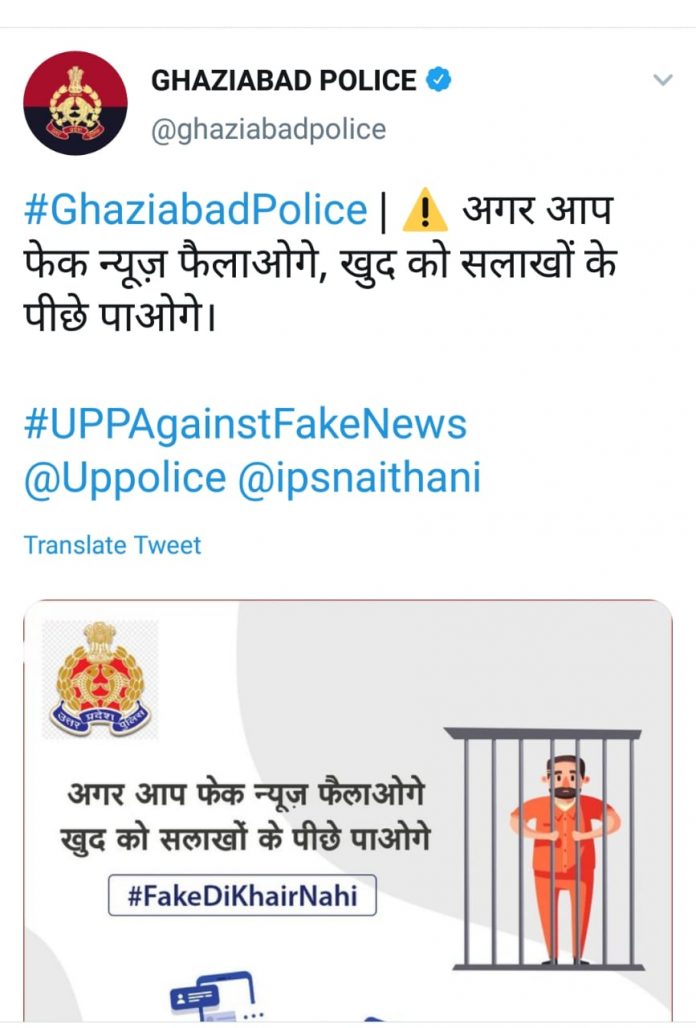 Ghaziabad: The Ghaziabad collector has taken a tough stand against spread of misinformation and rumors on social media and has asked his subordinates to take stringent action as per law to deal strictly such cases.

It is being felt that some of people are misusing social media and are either misinforming and or spreading rumour in the community. Even the communal harmony in the district is also at stake.

Today being the era of digital media and mobile phones where any event reaches the people within a few second and information reaches very fast. On the one hand, it is an advantageous position to update people within a shirt time and on the other hand, it gets expanded to more and more people with ulterior motive and or without verifying the fact where it misinforms people and or some times rumour is spread in the community which affects the society badly. This modern era of digital media it often been seen as a service to the community if it is used properly in the interests of society. However, digital media used commonly in public through mobile internet some times it is also being misused resulting badly affecting the society. It is being felt that in this emergency situation where the entire country is badly affected by Corona virus and is struggling to save the lives of 13.5 billion population some vested interest and anti social elements are misusing social media and sharing false and or misleading information through whatsapp, facebook and other social media throgh their group affecting society. Even the communal harmony is also at stake so the district administration has come forward to control the situation without affecting society and or affecting communal harmony.

The district collector Ghaziabad; Ajay Shankar Pandey has issued orders to take strict action against those who are misleading information on social media shall be dealt with accordingly. All the concerned officials have been directed to register FIR against all such violators, who propagate misleading information, audio or videos on social media.