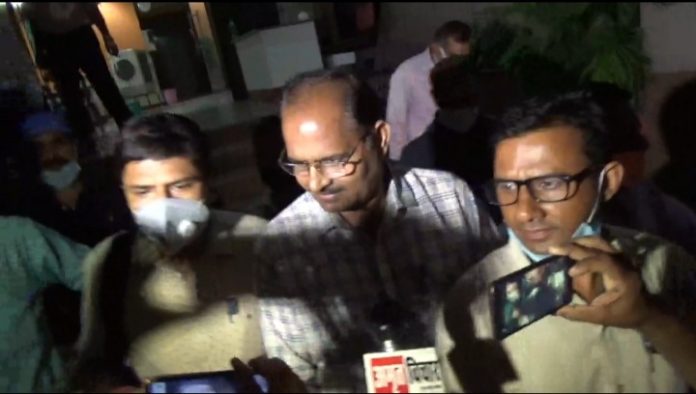 Moradabad: The CBI team from Ghaziabad, caught Ravikant, General manager of Prathama UP Gramin Bank red-handed, taking a bribe of Rs 50,000 from his house.  The bribe was sought from the Recovery Agency of Ghaziabad for tendering for recovery of NPA (Non-Performing Asset).  Five lakh rupees recovered from his house and the LED TV was taken over by the CBI team.  While one team questioned the family members for hours at home, the other searched the records at Prathama Bank headquarters, capturing General Manager Ravikant from the house and was taken to Prathama Bank headquarters.  There too, he was detained after scrutinizing the records, after about 10 hours questioning and investigation, the CBI team went to Ghaziabad with the accused GM at 2 pm, where a case was filed against him and presented him in court.
It was informed that two agencies had applied for the tender for recovery of NPA loans in about 200 branches by Prathama Bank.  It is being told that instead of the recovery agency of Ghaziabad, the matter of giving tender to another company was finalized.  When the agency came to know about this, it agreed to get the tender by giving rupees, according to the deal, five lakh rupees were given on August 15, but later more rupees and goods were demanded.  The agency then approached the CBI.  On Sunday, the agency’s co-director and the CBI team caught Ravikant from his house red-handed with a full plan.  The CBI team arrested the accused GM including LED TV