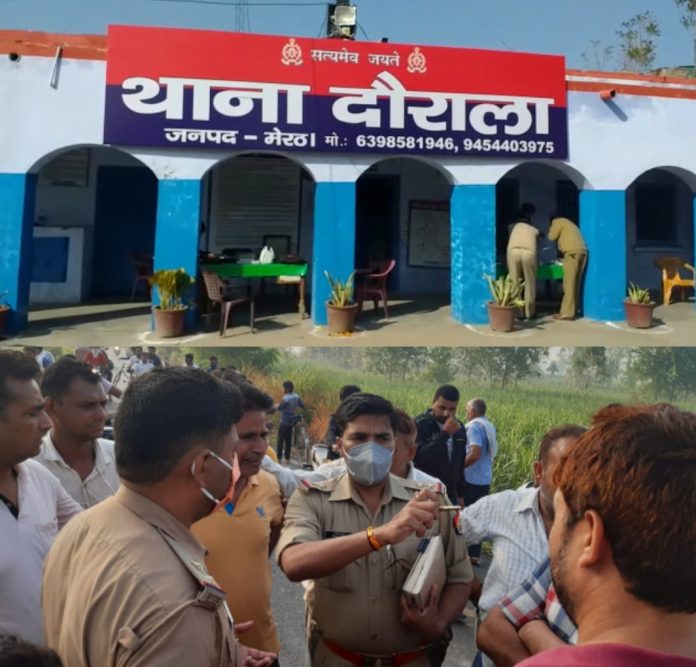 Meerut: In Meerut, today the day was killed again, while yesterday a jewellers was also shot and killed, this is the second incident of murder in 24 hours. Jim Koch Parvinder, who was walking on the morning walk, was shot dead by 5.  .
The incident has taken place in Daurala police station area, police have reached the spot as soon as the news is received, the police has started investigating the matter after capturing the body.

In Meerut,  24 hours the second major murder has taken place in Meerut. Let me tell you that on this morning, Gym Coach Parvinder, who was walking in the morning walk in Daurala police station area, was shot dead by the bullets.  People were present who were doing morning walk, meanwhile, miscreants opened fire on Parvinder.  People also tried to catch the crooks but the crooks escaped on the highway.

It is being told that Parvinder, a resident of Sakauti village in the area, used to work as a coach in a gym in Meerut, as well as he was a contractor.  This morning he was running on Sakauti Nangali Marg, two youths reached there on a bike and talked to them.  People said that in the meantime the bike riders fired at Parvinder, hearing the sound of firing and other youths running there also reached the place where the injured were taken to the hospital where the doctors declared him dead. Now the police investigate the whole case  has gathered