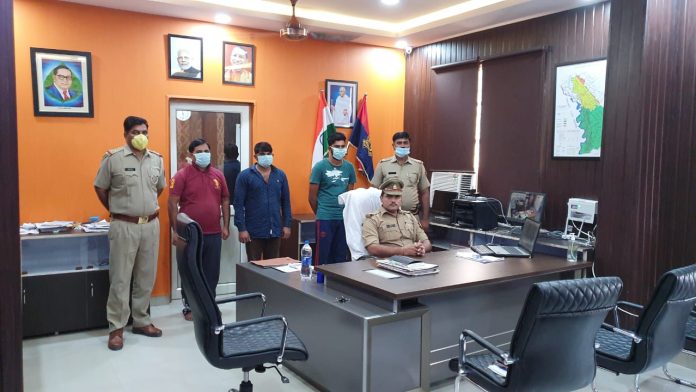 Noida: Knowledge park seized 2 truck full of sand runnig illegaly and arrest 2 acused regarding this case.
PS Incharge Knowledge park Varun Pawar had information that some people were going to illegally carry a truck filled with sand.
Based on the information, Varun Pawar surrounded the area and started checking.
During the checking, two sand-loaded trucks appeared from the front.
The police team hinted at stopping both the trucks but they tried to run away instead of stopping.  Then the police applied the necessary force and caught both the trucks.
According to the police, these three people were illegally carrying a stolen sand truck.

Accused namely Sonu, Ramkumar and Sanajy has been send to the judicial custody.