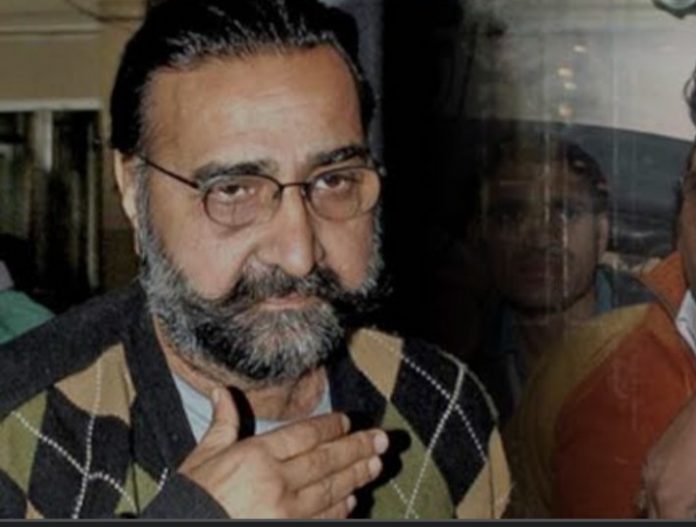 Ghaziabad : The Special CBI court sentenced death penalty to Surendra Koli in 12th case related with Kothari case on Saturday. He is also imposed fine for 1.20 lakh rupees while co-accused Mohinder Singh Pandher has been acquitted for lack of evidence in this case. Koli had also been sentenced to death penalty in earlier 11th cases related with Nithari issue. A day before on Friday, the court had held guilty to Surendra Koli for murder, spoiling evidences and rape with victim.

Before sentencing its decision, there was long discuss on punishment in the court of CBI Judge Amit Vir Singh on Saturday. After completing hearing both the parties the judge of CBI Amit Veer Singh sentenced death penalty. The hearing in four more cases is going on in the Nithari issue.

The CBI Special Public Prosecutor JP Sharma told about related case that a twenty years old girl, resident of Nithari village, worked as maid in various houses located in Sector-30. She had gone with her mother to work in a house on November 12, 2006. The mother left her daughter on the road bridge leading to Sector 30 and came home but her daughter never returned home. The girl’s father and mother provided her missing application in police station, but the police did not register their FIR.

On29 December 2006, CBI arrested Surendra Koli and Moninder Singh Pandher and recovered the remains of children from the drain near D-5 Kothi, Sector-31, under his guise. During that time, other items, including clothes of the deceased, were scattered in the back side of the kothi. During the police action, there was a crowd in Kothi. Meanwhile, the girl’s parents also reached there. Both identified the girl’s suit and salwar. After this, the police also filed a case against Koli in the case.

Later, Surendra Koli had confessed the crime that he had killed the children and thrown the dead bodies into the drain. He also confessed raping the girl before her murder. On the basis of the statements of the witnesses, Moninder Singh Pandher was also accused by the CBI court but lack of evidence, he is acquitted by court.