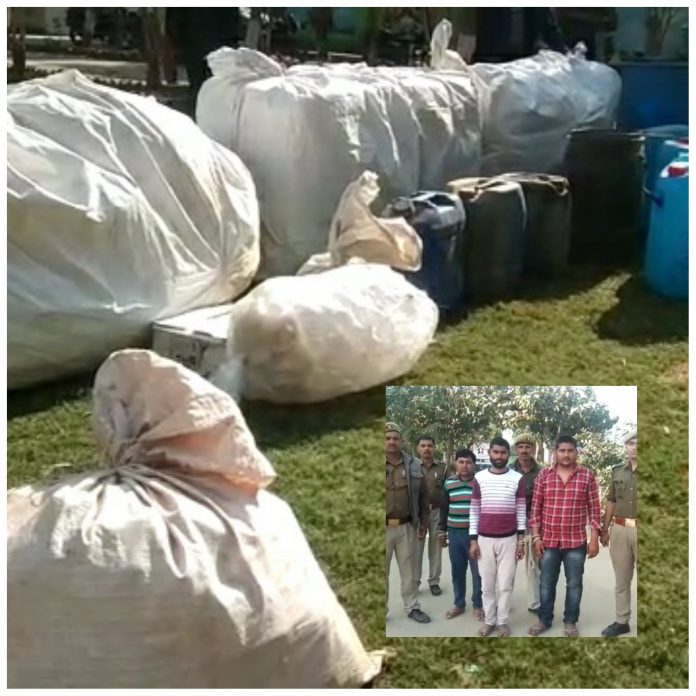 Etawah: Learning from the Kasganj incident, Etawah SSP took action. This led to a campaign to stop the smuggling of illegal liquor throughout Etawah city.
The police station of Etawah Bakever received information that some people were making fake liquor in the area.
Taking the information as the basis, the Excise Department team and the police station police station conducted raids, under which three people were arrested and a huge amount of illegal liquor was recovered from the spot.
All the three accused had been making fake liquor at Village Indrasea for a long time.
All three have a prior criminal history.  Police are arresting these three and taking more information. According to Senior Superintendent of Police Akash Tomar, about 2.5 lakh fake illicit liquor has been recovered from these people.