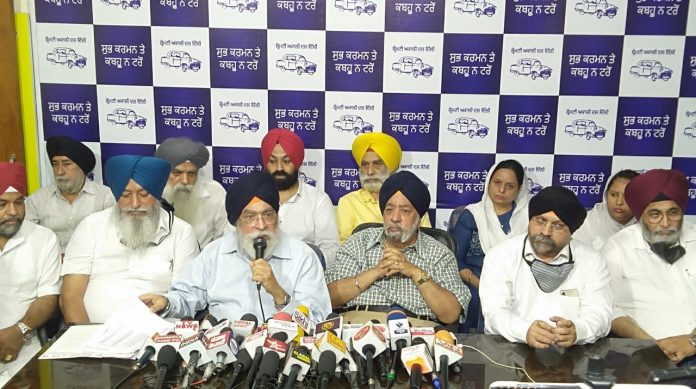 NEW DELHI — MS Sirsa has moved closer to the judgement day after a Delhi court issued a lookout notice for him over suspicion he might flee the country fearing arrest in connection with the massive golak loot at the DSGMC.

The court of a chief metropolitan magistrate ordered investigating authorities to ensure that the Badal aide doesn’t fly out after having allegedly sold off his properties.

SADD chief Paramjit Singh Sarna challenged the Badals to prove that they are the custodians of the “Shaheedan Di Jathebandi” by sacking Sirsa with immediate effect. “But we know you won’t because you are the boss not of any ‘Shaheedan di Jathebandi’ but of a ‘Tolaa-e-Thugs’,” Sarna told the Badals.

The Panthak leader pledged that the team of his legal experts would explore options to secure a similar lookout notice for Sirsa’s accomplices who were equal partners in the crime while holding key positions at the DSGMC.

“We appeal to Guru ki Sangat to immediately inform us or the police if they notice Sirsa carrying out any suspicious activity. The golak thief and his gang must be brought to justice and delivered exemplary punishment per the law of the land,” Sarna said.