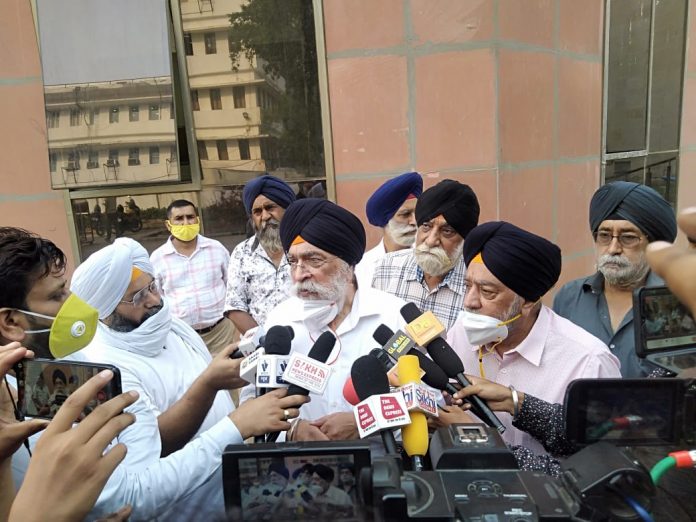 NEW DELHI — The Badals and even some of their opponents are pressuring the Delhi administration to postpone DSGMC elections indefinitely, fearing decisive setbacks if the voting is held now, the SADD noted.

Party chief Paramjit Singh Sarna told reporters that he has received credible information from authoritative sources that MS Sirsa and some vested interests in the opposition camp want no DSGMC election.

“Both sides carried out secret surveys and found to their dismay that they stand no chance if Delhi’s Sangat came out to elect their DSGMC representatives,” Sarna said. “They are using pressure tactics on the Delhi administration to postpone the voting on grounds of Covid-19.”

The SADD, however, wrote to chief minister Arvind Kejriwal that the Sikhs of Delhi be allowed to exercise their right to elect the DSGMC per the parliamentary law without any further delay, especially when the pandemic has been considerably contained and every other activity resumed in the city.

“The SADD, therefore, hopes that your government would reschedule the DSGMC elections at the earliest, more so when the incumbents loyal to Punjab’s Badals are facing serious accusations of massive charity frauds and abuse of their religious offices,” Sarna wrote to Kejriwal.