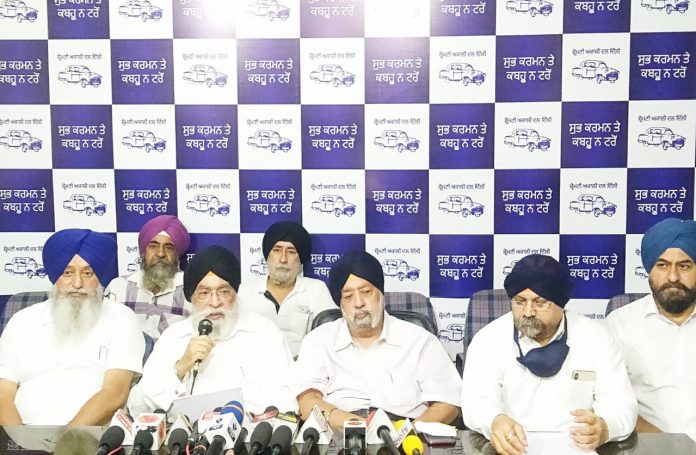 NEW DELHI— After facing a lookout notice in connection with golak loot, MS Sirsa has now been ordered by the court to clear dues of former GHPS staff, which he must immediately even if that means shelling out a few crores from his ill-gotten wealth of 5,000 crores, the SADD said.

Party chief Paramjit Singh Sarna warned the Badal muscleman not to leave the city in search of a new headline in Mumbai, Kolkata or elsewhere before he settled dues of retired employees in the first week of August.

“The Sangat is well aware of Sirsa’s trademark tactic. Whenever he inches closer to the Judgement Day for his criminal activities and gross dereliction of his core responsibilities at the DSGMC, he tries to deflect attention by jumping into community issues in other states which can be resolved locally. If he finds nothing, he’d go to Mumbai to extort Bollywood and Netflix artistes over frivolous things.”

Sarna told the outgoing DSGMC president to dare not abandon the school and gurdwara staff, present and former, anymore.

“You have accumulated at least ₹5,000 in hard cash from your mafia and land-grabbing operations and golak loot. The Sangat is going to oust you from the DSGMC in the next 22 days. You have to clear every penny of the bills of staff salaries and retirement benefits which you have been sitting on for years together. Pay all dues of the DSGMC’s present and former employees per court orders and submit the account books for judicial review right now. Enough of boasting about sewa at the expense of the Sangat’s Dasvandh. Charity begins at home. Shell out a few crores from your coffers for the DSGMC staff who you have left in the lurch through these most difficult times.”

Sarna advised the Badal aide not to think of fleeing the country by jumping the lookout notice, saying he won’t be able to escape Panthak groups spread across the world.

“No looter of Guru ki Golak has ever gone scot free. Guru Panth will chase you down if you fled to any corner of the world. You will be captured and brought to justice like an international criminal,” Sarna told Sirsa.

The SADD chief sought Sirsa’s immediate resignation from the DSGMC. “You better quit on your own right away as that would save you the ignominy of a disgraceful rout in the August 22 elections,” the SADD president told the Badal loyalist.