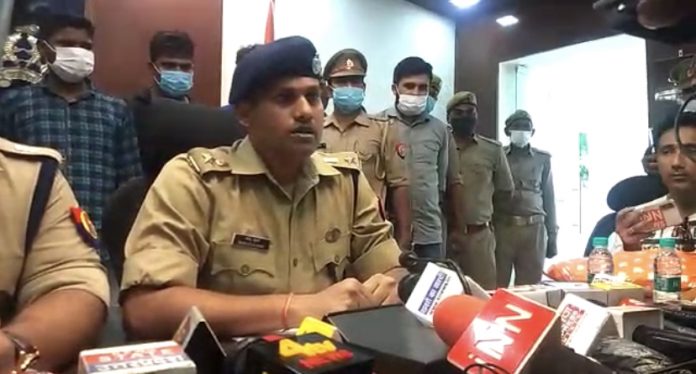 Diamond Yadav|Sr. Correspondent
Moradabad: In Moradabad district of Uttar Pradesh, the police disclosed the murder of the supervisor, but what came out in that disclosure is shocking.  According to the police, it was the friend of the supervisor who was crushed to death by a vehicle to grab Rs 1 crore 66 lakh of the policy and threw it on the side of the road giving it the appearance of an accident.  The police have arrested and sent 4 out of the total 5 accused in the murder and one partner is already in jail.  Police is still probing the case on other facts.
On the night of September 8, the body of a supervisor was found on the side of the road, which the police disclosed today and sent four accused to jail. One of the accused is already in jail. According to the police, the store supervisor’s friend had insured 1 crore 66 lakhs.  There was a conspiracy to grab 22 thousand 250 rupees and the murder was given as an accident, the accused along with his other accomplices carried out this incident.  SSP Bablu Kumar said that other aspects are also being investigated in the case.