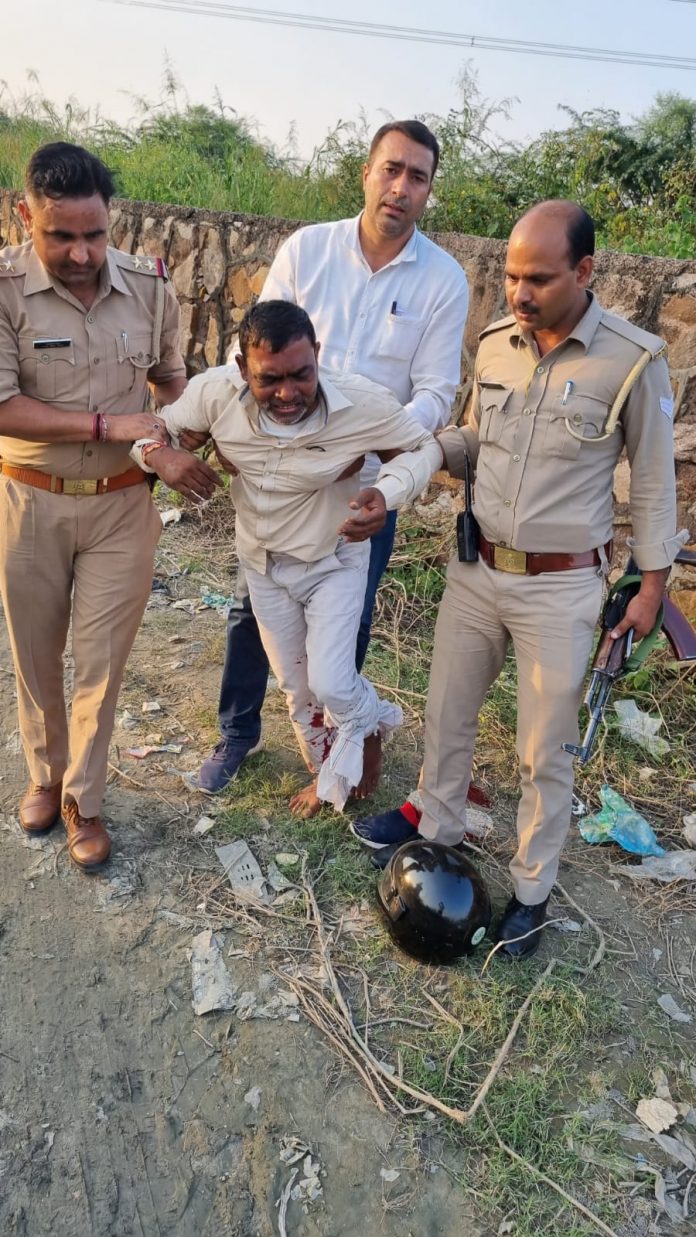 Ghaziabad: Vijay Nagar police arrested a accused who were running after snatching a gold locket from resident of Vijay Nagar area.
Police recovered a country made pistol and a bike with looted gold locket.

Vijay Nagar police got a message that somebody looted a gold locket from a men in Vijay Nagar area. After receiving this complaint SHO Vijay Nagar Yogendra Malik took strictly action and started checking in whole suspicious areas in Vijay Nagar.