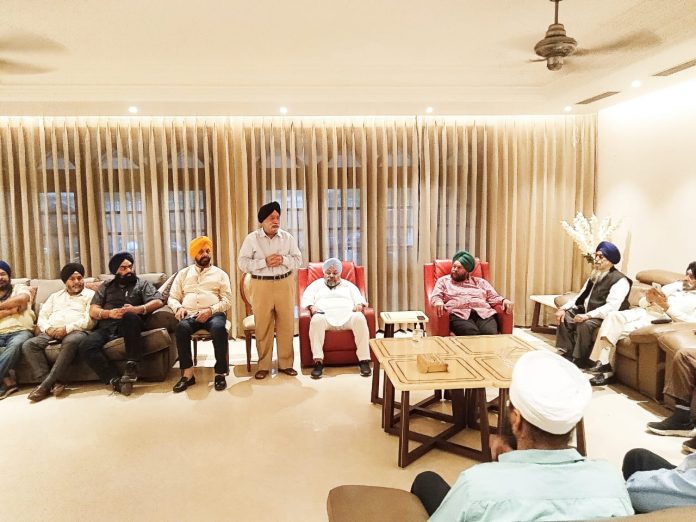 New Delhi: Former president of Delhi Sikh Gurdwara Management Committee (DSGMC) Paramjit Singh Sarna has sought clipping wings of Manjinder Singh Sirsa who, in the recent past, had lost his own seat in the DSGMC elections.
Sarna informed that he had written a letter to the Lieutenant Governor of National Capital Territory of Delhi Anil Baijal urging him to divest Sirsa of the powers especially over DSGMC funds and instead appoint a financial receiver for day to day handling of DSGMC resources.
“The SADD has urged the Lieutenant Governor to immediately appoint a financial receiver for day-to-day handling of DSGMC resources and divest Sirsa and his supporters of powers especially over committee funds till the court ruling arrives,” said Sarna who is also president of SAD,Delhi
Stating that Sirsa was no longer an elected member of the DSGMC, Sarna alleged that Sirsa’s nomination by the Shiromani Gurdwara Parbandhak Committee had also been rejected by the Delhi administrations Gurdwara Director on grounds of his false credentials about his religious and Gurmukhi literacy.
“ Our sources within the financial wing of DSGMC have told us in confidence that unaccounted cash donations by the faithful are also being routed to Badals to help them in Punjab elections. Corruption and golak loot over the eight years of the Badals control over DSGMC have been the main issue for Delhi’s Sikh Sangat.” former DSGMC President added.

It is worth noting that two months have passed since the DSGMC elections, yet a new committee is dwindling in the air, due to several court cases filed over ruling members. Several winning representatives are facing the wrath of disqualification from DSGMC due to being unable to clear the Gurumukhi language test, requisite to become a member. As yet, no political party has been able to prove their magical numbers to come in absolute power. Looming uncertainty about taking members’ existence has made current DSGMC opaque and questionable both.