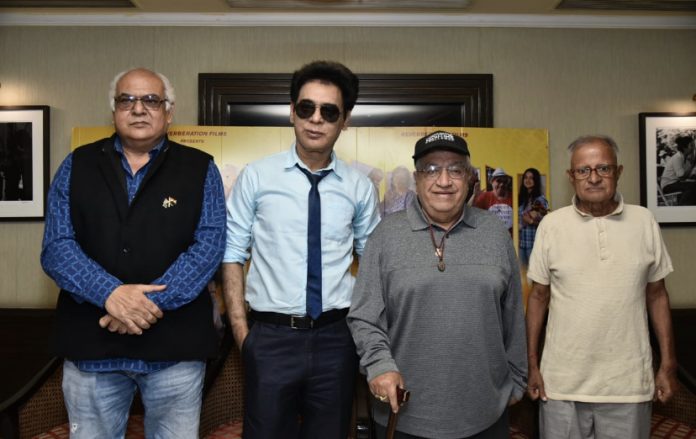 Veterans – Birbal and Manmauji will be seen in upcoming movie 10 Nahi 40 . They have an inspirational attitude towards hardwork and dedication. Both of them have done hundreds of films together and they say ” We have the hunger to work till we die.” A press conference was held at PVR Plaza, Connaught place to promote the movie, where actors Manmauji, Birbal, Manoj Bakshi and Director-Producer Dr. JS Randhawa interacted with Media.

Movie 10 nahi 40 is directed and produced by Dr. JS Randhawa. It is a mixture of drama and comedy. Dr. Randhawa shared” I think our film will be relevant to middle aged and young audiences rather than old viewers. The old people are already suffering, and they already know about the reality that 10 Nahi 40 depicts.”

” I really enjoyed working in this film as I could relate to the story. It depicts the challenges and loneliness people face in oldagw and how they can actually be happy in those lonely days of life.” Says Manmauji.

Actor Manoj Bakshi says working with Birbal ji and Manmauji ji has been a new experience in itself, after a long time two great actors are coming together, whose contribution goes to Dr. JS Randhawa ji.