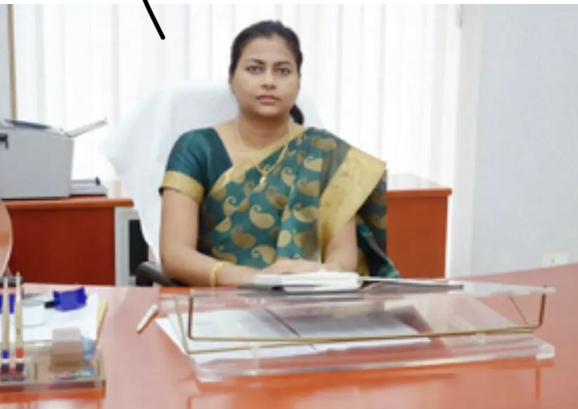 Ghaziabad/ Lucknow. The Chief Minister Yogi Adityanath has taken a big action on the corruption act in land acquisition. In this case, the woman IAS officer Nidhi Kesarwani, has been suspended with immediate effect. Nidhi Kesarwani has been the District Magistrate of Ghaziabad in July, 2016.

Along with this, an FIR has been registered against retired DM Vimal Kumar Dubey, who was posted later Nidhi Kesarwani, and orders to take strict action against him.

Presently Nidhi Kesarwani is posted as Deputy Secretary in National Institute of Health and Family Welfare.. This department is under the central government. Nidhi Kesarwani, who is an IAS of 2004 batch officer. On July 21, 2016, she was posted as the District Magistrate of Ghaziabad.

The Sources say that a high-level inquiry was conducted into the matter of gross irregularities in land acquisition. IAS Nidhi Kesarwani got trapped in the investigation. On receipt of evidence against him, the action of suspension has been taken. This action has caused a sudden stir in the bureaucracy.

Along with suspending Kesarwani, instructions have also been given for departmental action to Central Government.. The then DM of Ghaziabad, Nidhi Kesarwani is posted now as Deputy Secretary in the National Institute of Health and Family Welfare in Delhi.

At the same time, instructions have been given to suspend the section officer (appointment) and review officer (appointment). If the investigation report is not implemented even after the availability of the inquiry report, the officers of the appointment department will be punished. Instructions have been given for departmental action and investigation against the Deputy Secretary Appointment Department. During the posting in Ghaziabad, Nidhi Kesarwani was in a lot of discussions regarding some matters.