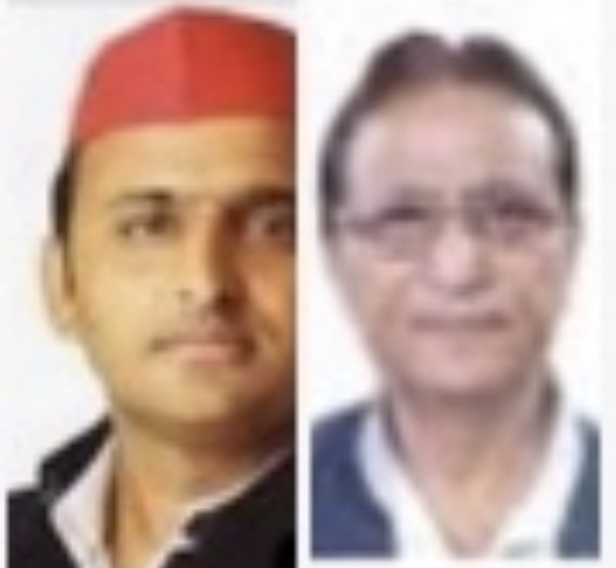 Ghaziabad :The Samajwadi Party (SP) senior leader Azam Khan has been released from Sitapur jail after 27 months on Friday. The SP chief Akhilesh Yadav didn’t express any personal happiness on releasing Azam Khan. Azam and his family members are annoyed with Akhilesh Yadav these days.

So-called uncle Azam Khan and real uncle of Akhilesh Shivpal Yadav, both of them are presently MLAs of Samajwadi Party, but they are not being given any importance in party. Azam and Shivpal both have been ignored for a long time by party chief Akhilesh Yadav.

It is assumed, now Azam Khan and Shivpal can give big politically shock to Samajwadi Party. For last months Shivpal Yadav had met many times with Azam Khan in Sitapur jail and with Khan’s family members in Rampur at their own residence.

Some days ago, Shivpal Yadav had given hints to media persons about his new political stand. He had said, the family members and thousands of supporters of Azam Khan are waiting for his releasing from jail, later we will all discuss together for further political strategy.

Azam Khan was welcomed warmly in Rampur, when he reached his home from Sitapur jail. Addressing his supporters, Azam said, it was done injustice with me and our own people were in front in this way. These words used indirectly to SP chief without mention his name. In next, some days, Azam and Shivpal can create botheration to Akhilesh Yadav to split Samajwadi Party.