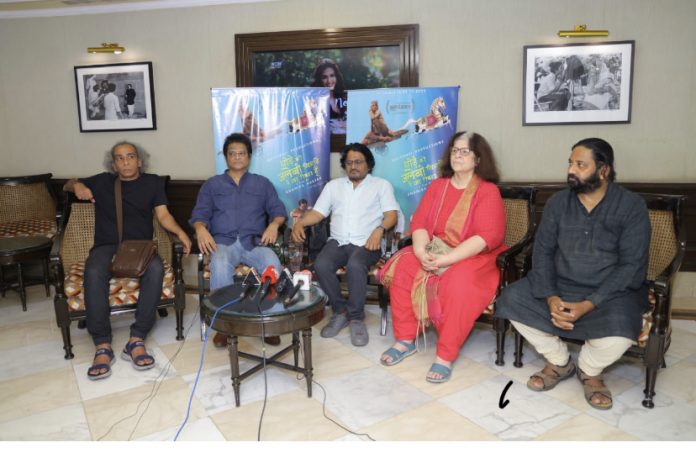 The film will release in limited theaters in Delhi, Mumbai, Lucknow, Pune and Jaipur on June 10.

The grand screening of the film was followed by an exciting Q&A session and a discussion in which director Anamika Haksar eagerly answered the queries of the audience.

The film is set for a limited theatrical release on June 10 in Delhi, Mumbai, Lucknow, Pune and Jaipur. It is produced by Guterati Productions and distributed by Platoon One Films. ‘Ghode Ko Jalebi Khilene Le Ja Riya Hoon’ was scheduled to release in 2020, but was pushed forward due to the Covid pandemic. It already had its world premiere at the JIO MAMI Mumbai Film Festival and the New Frontier section at the Sundance Film Festival 2019.

On the occasion, Producer-Director, Anamika Haksar said: “I am thrilled to present this film to the Indian audience. As an independent filmmaker, it is quite challenging to carve out your niche. My film journey has been an exciting journey for which I am indebted to all my family and well wishers for their unwavering support over the years.

Raghuveer Yadav, who starred in the film, said: For an actor, the audience always comes first. Our entire team has worked hard in their roles. The film portrays the depth of human emotion, evokes empathy, and makes us question the environment in which we live and ourselves. We are hopeful that it will get a good response from all.”

The film’s cast includes theater artist Ravindra Sahu Raghubir Yadav, Lokesh Jain and K Gopalan. Its story revolves around four main characters: a pickpocket, a seller of sweet and savory snacks, a labor-worker and the conductor of the ‘Heritage Walk’. Patru, the pickpocket, decides to take the people to an alternate route, showing the people the lower part of the city, but this causes trouble for the local businessmen and the police. He decides to hold one last ‘dream walk’ when Lali, a labor-activist, also joins the fray, giving a speech urging the workers to unite. Which includes Best Debut Director, International Critics Jury Award, Best Script, Best Indian Cinema and Special Mention for Cinematography.