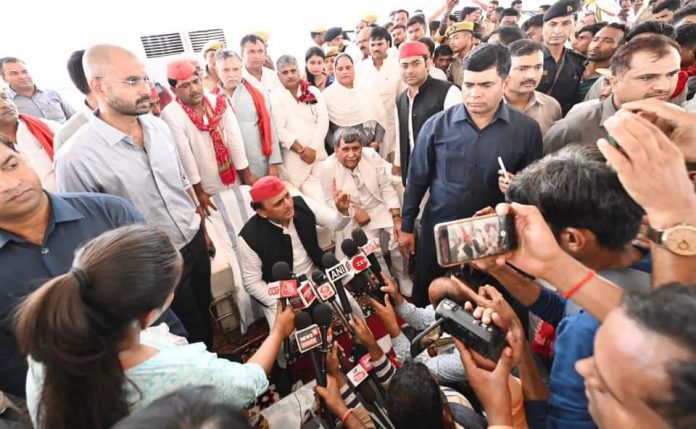 Lucknow: Akhilesh Yadav, the National President of Samajwadi,  on Sunday with immediate effect, has dissolved all the youth organizations of the Samajwadi Party, Mahila Sabha and all other cells of the National The National, State Executive. Only the chief of Samajwadi Party Uttar Pradesh will be held on his post.Akhilesh Yadav said, only UPChief of UP will be stay his post as it is. The SP chief,  has a huge setback in the Lok Sabha by-elections losing both his Azamgarh and Rampur Loksabha seats. The voters of a particular community on whose strength the Samajwadi Party won both these seats, those voters have been separated from the SP. Therefore, keeping in view the new political equations in the state, it was advised to emphasize on giving opportunities to the active and dedicated leaders in the party.Most of the post holders leaders in of various cells of the Samajwadi Party were inactive after the assembly elections in the state. They were behaving indifferently towards their workers. Complaints were constantly reaching Akhilesh Yadav about this matter.It is believed that the SP leaders of a particular class had hoped that if their community united and would vote in favor of SP, then the SP government would be formed, but in spite of exerting full force, the SP supporters were very disappointed as it was again BJP in power. To change in party , the SP chief had to dissolve the executives of all cells. The dedicated supporters of SP are in waiting to get place in news committee.