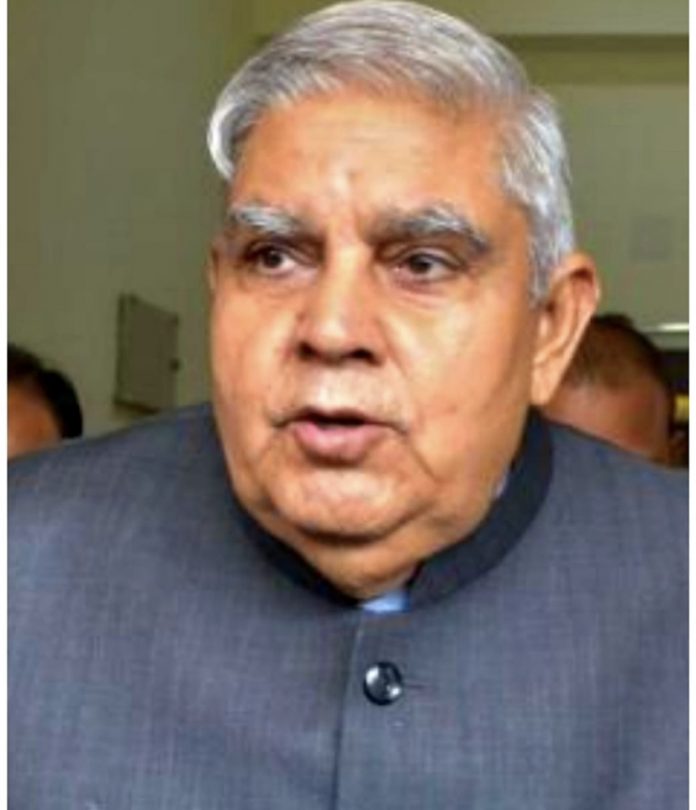 Jagdeep Dhankad, the candidate of vice president of NDA

New Delhi. The BJP has declared Jagdeep Dhankar as the Vice Presidential candidate of NDA. Dhankar is currently the Lieutenant Governor of West Bengal.

The decision to field Jagdeep Dhankar as the Vice Presidential candidate was taken in the Parliamentary Board meeting on Saturday. The Prime Minister Narendra Modi, BJP President JP Nadda, Defense Minister Rajnath Singh, Union Home Minister Amit Shah, Union Minister Nitin Gadkari and Madhya Pradesh Chief Minister Shivraj Singh Chouhan and other members of the Parliamentary Board were present in the meeting held at the party headquarters in New Delhi.

In the electoral college, members of both the houses of Parliament, Lok Sabha and Rajya Sabha exercise their franchise to choose the Vice President of the country.

The last date for nominations for the Vice Presidential election is July 19, while voting will be held on August 6 and counting and results will be declared on August 11.