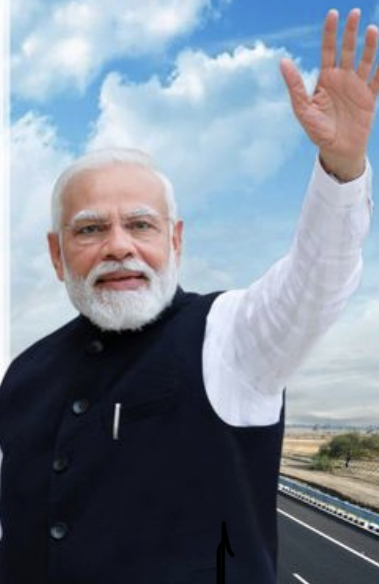 Bundelkhand of Uttar Pradesh is eager to run on a new path of development.  Prime Minister Narendra Modi inaugurated Bundelkhand Expressway to further increase this pace of development.  Prime Minister Modi dedicated this expressway to the public in Kaithri village of Jalaun.  The special thing is that this expressway has been built in record time and cost less than the estimated cost.  The construction of Bundelkhand Expressway has cost Rs 14850 crore, which is 12.72 percent less than the estimated cost.  The people of Bundelkhand are going to get double benefit from this expressway.  First, this will ensure the convenience of reaching the capital of the country and secondly, industrial development will also be ensured.

Bundelkhand Expressway is considered to be the dream project of Prime Minister Narendra Modi and UP CM Yogi Adityanath.  Its foundation stone was laid by PM Modi on 20 February 2020.  Despite the troubles of the Corona epidemic, it was completed in just 28 months.  In this way, this expressway has been prepared by making it eight months before the target.  This expressway has four railway over bridges, 14 major bridges, 266 minor bridges, 18 flyovers, 13 toll plazas and 7 ramp plazas.

A large number of buses were deployed for the people

With the start of the expressway, Bundelkhand will be directly connected to Delhi and Lucknow.  A large number of people are going from Jhansi and Lalitpur to attend the inauguration ceremony.  120 and 200 private buses of roadways have been deployed to carry them.

The 296 km long Bundelkhand Expressway from Chitrakoot to Etawah has transformed seven districts.  by this

Chitrakoot, Banda, Mahoba, Hamirpur, Jalaun, Auraiya and Etawa districts will be directly connected.  With the introduction of the expressway, the 630 km journey from Chitrakoot to Delhi will be completed in about 7 hours.  Will connect with Delhi NCR through Agra-Lucknow Expressway and Yamuna Expressway.  After the construction of the expressway, the way for industrial and economic development of Bundelkhand will also open.

Security will be tight on the expressway

128 police personnel including 6 Deputy Superintendents of Police have been deployed for the safety of the vehicles plying in it.  In addition, 12 Innova vehicles have been installed.  They will keep an eye on the vehicles passing through here 24 hours.