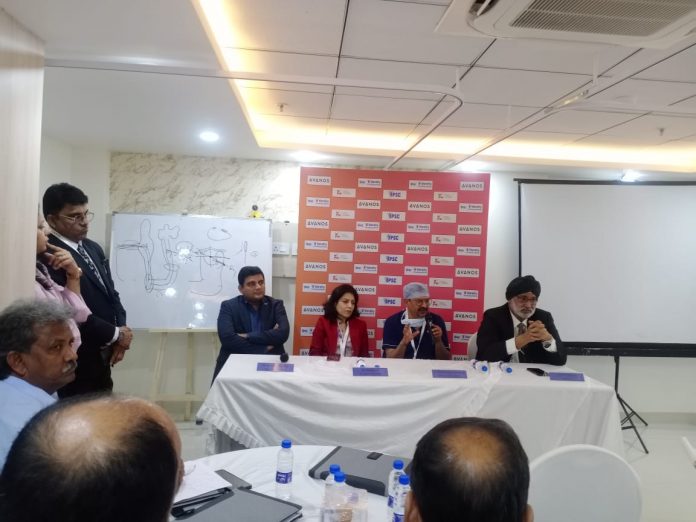 NEW DELHI : Radiofrequency ablation (RFA) is offering new hope to patients of chronic pain such as back pain, neck pain, facial pain and joint pain like of shoulder and knee. The technique was in the limelight recently when tennis star Rafael Nadal underwent the procedure to cure his chronic foot pain when all other treatment options failed. The recovery allowed the ace sportsman to compete at the Wimbledon. Advanced version of the technology is brought by Avanos and installed its first machine at Interventional Pain and Spine Centre (IPSC), a chain of single-specialty centers offering state-of-the-art spine care and chronic pain management with less invasive techniques.

Said Dr. (Maj) Pankaj N Surange, CEO & MD, IPSC India: “Radiofrequency ablation is a procedure that involves heating a part of a pain-transmitting nerve with a radiofrequency needle to create a heat lesion. This prevents the nerve from sending pain signals to the brain. RFA treatment provides longer-lasting pain relief compared to traditional therapies like surgery, physiotherapy, steroid injections, or anesthesia. Its effect lasts from one to two years, after which the procedure can be repeated. Cooled RFA is the latest innovation in RFA technology. It has revolutionized the management of patients suffering from chronic back pain and joint pain.”

Though RFA has been available in India for many years, cooled RFA has now been introduced by IPSC for the first time. More than 25 senior doctors from PGI Chandigarh and Army Hospital Research & Referral in Delhi attended a two-day workshop on managing chronic pain with Cooled RFA, organized by IPSC.

Explaining the difference between traditional RFA and Cooled RFA, Dr. (Maj) Pankaj N Surange said: “The electrodes used in Cooled RFA are bigger, due to which the area impacted is larger compared to the conventional technique. This increases the success rate multifold. Even if complete alignment is not maintained with the greater length of the nerve, the lesioning is still very effective due to its bigger size. Another advantage of Cooled RFA is its use in the spinal disc conditions that lead to back pain. It has specialized cooling system that maintains temperature over a sustained period of time and covers a larger area, such as the entire spinal disc, and also seals any tears in it. Cooled RFA not only helps in reduction of pain but also repairs the damaged disc in early stages.”

RFA generates heat inside a tissue by passing an electromagnetic current through an electrode that resembles a needle. The frictional energy produces heat which leads to coagulation without causing permanent damage to the nervous tissue. The numbing effect on the nerve that carries the pain sensation to the brain lasts anywhere from 1-2 years. The RFA procedure takes only 30-45 minutes and can be repeated as many times as needed. In many cases, the pain relief is permanent as pain-free movement leads to better blood circulation in the affected area, aiding natural healing by the body.

Said Dr. (Maj) Pankaj N Surange: “RFA is very effective once the pain generator is correctly diagnosed, with success rate as high as 95%. It is better than other pain-control measures like physiotherapy which only gives temporary relief, or surgery that entails blood loss and hospitalization. RFA is far superior compared to steroid injections. The effect of steroids lasts 3 to 4 weeks compared to 1-2 years for RFA.”

Chronic pain – defined as any persistent pain lasting more than three months – is rapidly emerging as a significant healthcare challenge in India. Over 19% of Indian adult population suffers from chronic pain of some kind, with prevalence higher in females. The prevalence increases steeply beyond the age of 65 years. This may be the tip of the iceberg as most Indians do not reveal their pain problems to others. The commonest types of chronic pain include spinal pain, joint pain and migraine. Arthritis, degenerative conditions of the spine, and cancer are the most common contributors to chronic pain.

For most cases of chronic pain, less invasive and target-specific interventions (called interventional pain management) are better alternatives compared to open surgical methods, as these involve less risk and trauma to patient. They are also much safer and cheaper, and do not require hospital admissions.