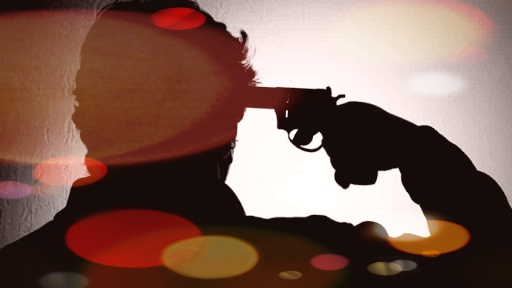 UP/ Sambhal: 19 years old girl who committed suicide after writing a suicide note of 19-page suicide note to PM for bringing legislation on population control. The girl in question; Ansal(Name change) left this world after writing a letter of hope to the PM Modi and raised her concern about ongoing situation in the society where people quarrel with one another.

In her 19 pages suicide note, the girl Ansal has rightly reflected and raised the issues prevailing in the society in present scenario.

This picture is of Ansal, a 15-year-old student of Babrala of Sambhal in UP, who left the world after writing a letter of hope to PM Modi.

” A 15 years girl shot herself with Gun. We received a suicide note from the spot. 19 pages suicide note, the girl has rightly reflected and raised the issues prevailing in the society in present scenario”.

Everyone was shocked after reading the content what Ansal had written in hee 19-page suicide note. Ansal had expressed her concern over the situation of the country and society in the present scenario.  In the suicide note she had raised issues like increasing pollution and increasing population and she hoped from the Prime Minister for a solution to the issues soon.

, Ansal has praised Prime Minister Narendra Modi by saying that there have been many PMs in the country but none like you, Honorable Prime Minister.  I have great respect for you in my heart, I wish I could give my age to you.  You are very cultural and a true apostle of Indian culture. The rites reside in you in a pseudo-code.  This country was in darkness for so many years and you came and emerged as the first Sun in this country and brought light of hope amongst crores of people of India.  Prime Minister, I wanted to have a personal meeting with you, but this is impossible because you are unable to give time to a person like me.  You are constantly engaged in the service of this nation.

Regarding the foundation stone of Shri Ram temple, she said, you have completed the unfinished works for years, Jai Shri Ram.  Situations are very precious, because sometimes it crosses us and sometimes drowns us.  I pray the formless means of Shiva, to make India strong, immortal.  India is a country of medicines, but now polluted air is spreading everywhere.  Mr. Prime Minister … can you fulfill my wishes?

Concern over pollution, Anchal suggested measures to check the solution. She wrote that the Prime Minister, you know that China sends plastic items like toys etc. to India.  Those toys run only for a few days and thereafter sent in garbage which makes the land of India more poisonous.  If people spread garbage on the streets, action should be taken against them and dustbins must be provided to them for its proper use.  Planting trees for half a kilometer of small rivers and one kilometer of big rivers will greatly benefited to our environment and could check noise and air pollution some how.  You should also emphasize on rain water harvesting.

The suicide note also gives suggestions to stop pollution after banning fire crackers on occasion of Deepawali.  Further she suggests to use only sparklers and made advocacy to it.  Instead of the electric light frills, put a light on the soil and insist on a candle. Reduce the use of chemical colors during Holi. Like we apply a vaccine on our forehead, only that part should be painted.  Plant more banyan trees and plant mango and litchi plants on the roads for promiting fruits production in the country.  Someone’s stomach will also be filled and the tree will also provide shelter to the people.  Some people have one hundred and fifty bighas of land so we must ake half of the said land from them and plant trees to grow fruits production.

Anchal suicide note also promoted natural resources and also suggested a plan to promote solar panel. Further her suicide note suggests to Install the panels on the roof tops according to the amount of electricity consumed in the each and every houses.  This will solve the problem of electricity as electricity is not available in some rural areas. She requested PM Modi to bring legislation to control populat