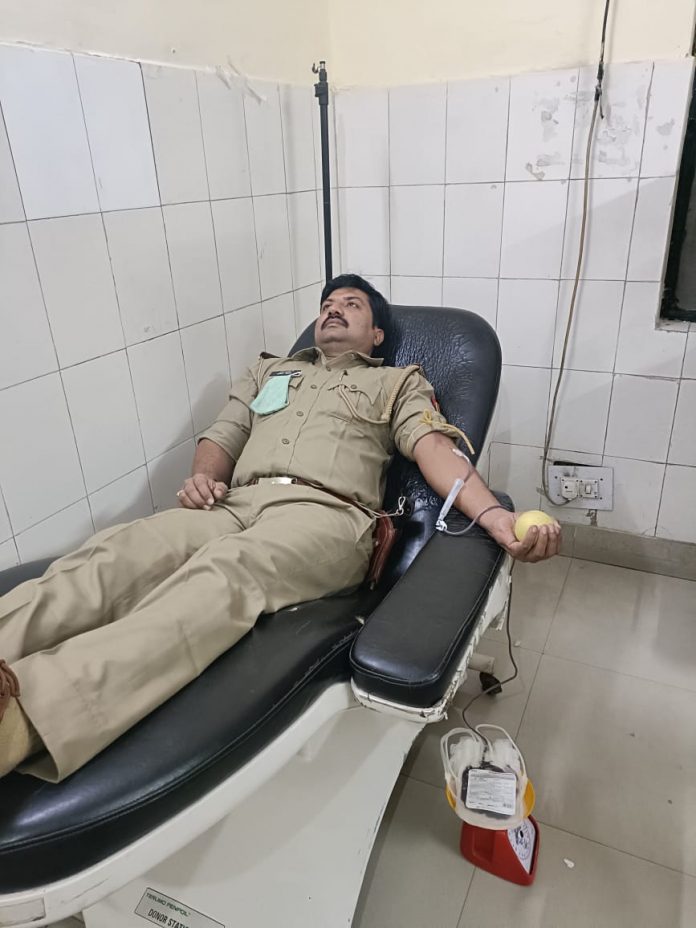 Ghaziabad : UP police official Ankit Chauhan posted as Sub. inspector, incharge of Chauki Bypass under Vijay Nagar Police Station shown a very sensitive role when he was on his duty at Vijay Nagar Bypass checking vehicles. During checking he came across a family carrying his daughter who was suffering from Dengue and was badly needed blood transfusion.

Sub Inspector Ankit Chauhan without wasting even for a second he accompanied the family to the nearest Tripathy Nursing Home at Vijay Nagar and he himself donated his blood to save the girl; Kumari Princi Sharma, a resident of A Block Shivpuri under Vijay Nagar police Station who was suffering from Dengue.

No doubt, such good Samaritan role by police official was appreciated by everyone whosoever heard the news of blood donation by Sub Inspector; Ankit Chauhan.

When asked by Correspondent of “A News Of India” why he come forward for the blood donation, Sub Inspector; Ankit Chauhan said, “I have done nothing just had shown humanity and tried to carry a sensitive role being a human and for humanity.”