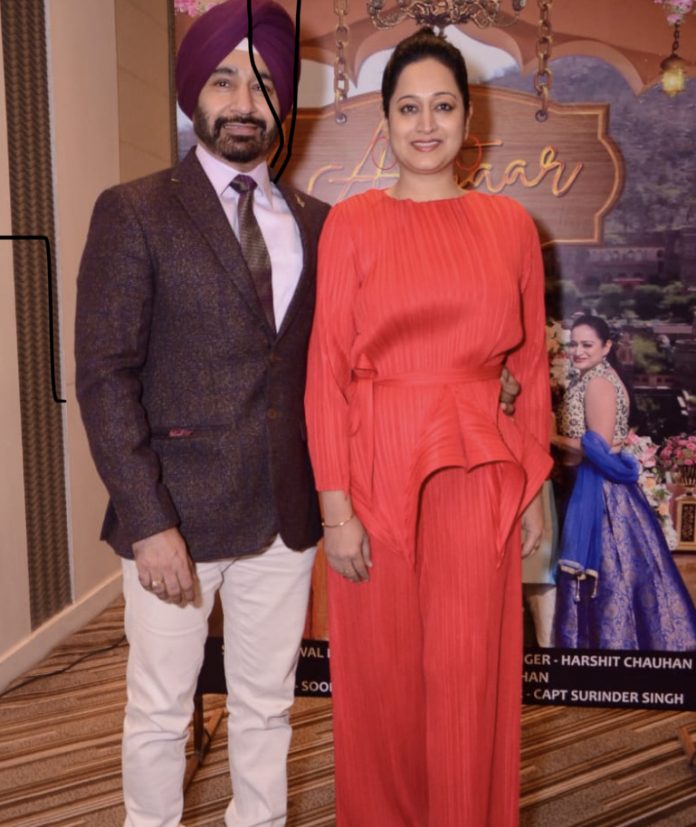 Kawal is a Former Civil Servant , a Narcotics Expert pursuing her passion of singing and has given an amazing performance in ‘Aitbaar’. Capt. Surinder Singh is a Veteran IAF fighter pilot and an accomplished airlines pilot accompanied her gracefully in the song.

The press conference was held at The Le Meridien hotel, New Delhi. Speaking abour her singing debut Kawal Deep kour shared, ” Enacting in video song was the most difficult part for me and I blindly followed the choreographer. However when you sing a song you already start to feel it. So later it became easy for me.”

Song’s male lead, Surinder shared, “we started preparing the song in June but it took a much longer time to compose the song in such a way that it fits in for all generations. The aim was to come up with a grand song, which everyone could enjoy to captures the essence of celebrations and festivities and chose palatial Neemrana Fort & Palace for shoot; happy to see that audience is loving the song.” They are planning more song in near future.