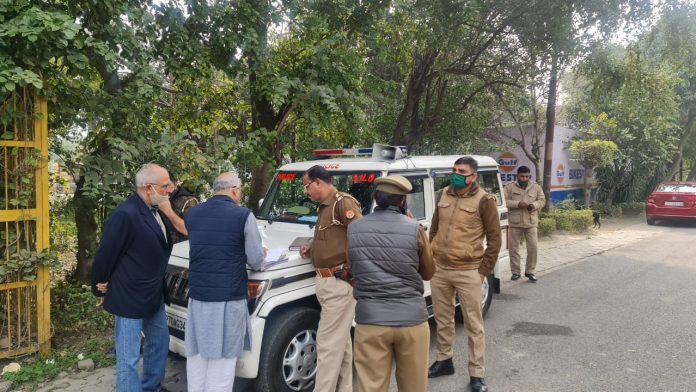 Ghaziabad: About 26 year old youth committed suicide shot himself in Ghaziabad on Wednesday. The deceased is identified as Vibhor Sharma alias Vibhu, the son of a bank manager. No suicide note is recovered, but there was whatsapp message before the misshaping. The matter is under investigation, said Kavinagar police.

The incident took place on front of ALT Centre, Rajnagar in the morning. About 26 year old Vibhor Sharma shot himself with country made pistol of 315 bore. He lived in Satydeep Apartments located sector-8 Rajnagar. He was the son of Rajeev Sharma, a bank manager.

“Vibhor is reported in tension for last some days. He had got job in Gurugram and he had to join his job on Friday. Before committing suicide, he sent message ‘My Life is End’ to his parents and sister.”said Anand Prakash Mishra, SHO of Kavinagar.

The weapon, used for suicide, has been recovered. The matter is under investigation, added the SHO.