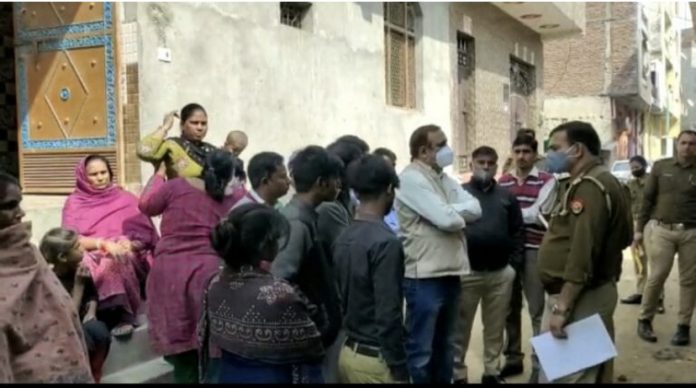 Sudama Pal|Associate Editor
Ghaziabad: About 26 year old youth  himself after killing his one year daughter. Both the bodies were found in a room in the morning. The police are suspected killings as suicide case. The investigation is going on in the matter, said the police.The incident took place on Akbarpur Bhahrampur area under Vijay Nagar police station in the night on Thursday and came to know on Friday morning. According to Vijay Nagar Police,  26 years old Amit Chauhan, was founding hanging ina room of his rental house Akbarpur Bahrampur and there was also body of his one year daughter.
The police circle officer Swatantr Singh said, police were informed by deceased’s wife. Amit was basic resident of village Alampur (Hapur). He worked as a sales man at a petrol pump located on Indirapuram. His wife told police, there was hot talked between them over a trifle. After it, Amit went to sleep with his one year old daughter Bhumika. In the morning, both were found dead.
The investigation is going on and further action would be taken as per probe, said Circle Officer of Police.